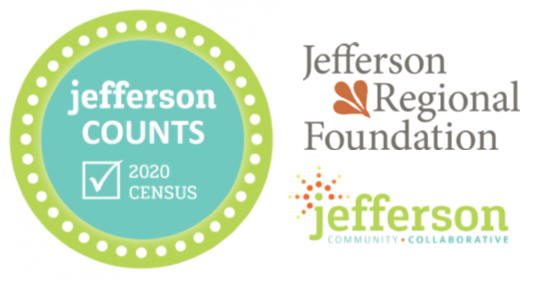 2020 Census: Ensuring an Accurate Count in the Jefferson Area

The Constitution requires a count of every household living in the United States, regardless of age, immigration status, language spoken, or other demographic factors. Each decade, the Census allows communities the opportunity to take a complete count of their local population. This information can greatly impact our daily lives, as data from the Census is used to assess community needs, to inform funding decisions for services and infrastructure, and to determine federal political representation.

What is the Jefferson Counts Campaign?

Jefferson Counts is a campaign led by Jefferson Regional Foundation, the Jefferson Community Collaborative, and other Jefferson area partners to ensure a fair and accurate 2020 Census Count in our local South Hills and lower Mon Valley communities in Pittsburgh, PA. The Jefferson area constitutes nearly 20% of Allegheny County’s population and strives to ensure that:

Jefferson Counts partners are coordinating local Census outreach efforts in conjunction with other county, state, and local partners including the Census Bureau, the City of Pittsburgh and Allegheny County Complete Count Committee and the statewide coalition Keystone Counts (a program of PA Voice).

In response to the need for strong local Census participation, the Jefferson Regional Foundation and Jefferson Community Collaborative have launched a Census Leadership Team to guide the development of a local plan for the Jefferson Area. 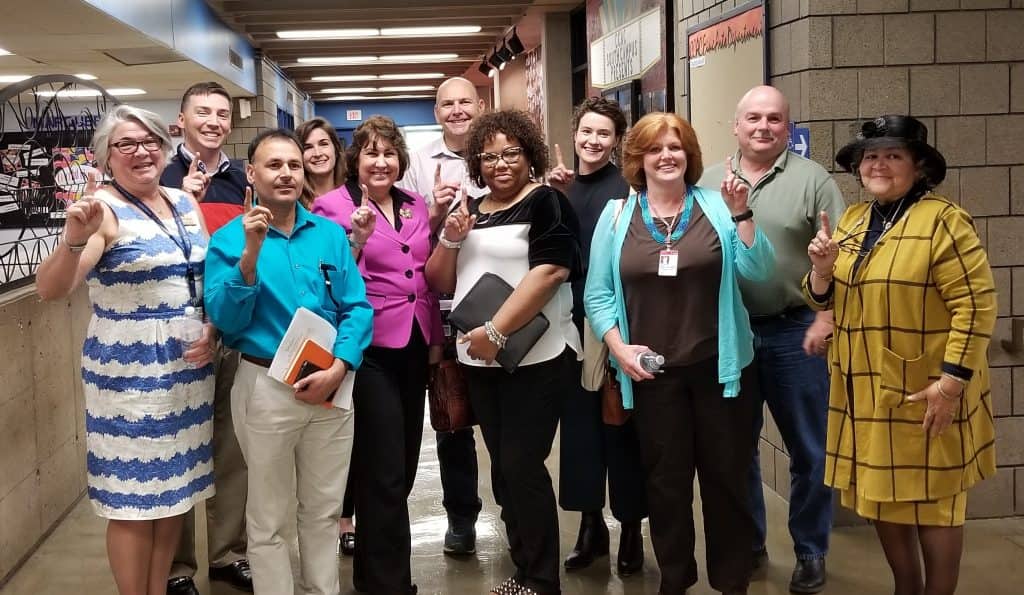 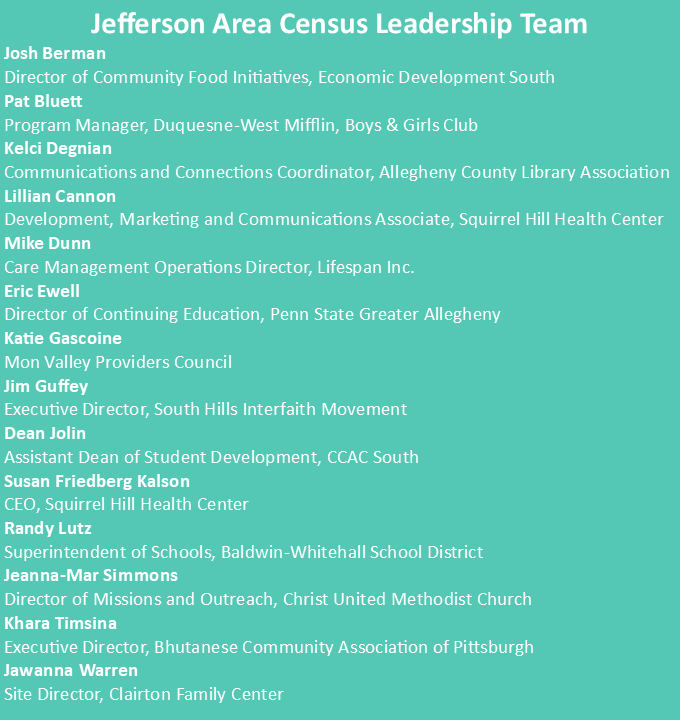 How Can My Organization Get Involved?

The Jefferson Community Collaborative is currently recruiting Census Champions! These local organizations will help promote Census participation in Pittsburgh’s South Hills and lower Mon Valley communities by educating community members and sharing Census resources over the next year. Service providers, schools, businesses, churches, municipal groups, and any other community-centered group can be a Census Champion! If your organization would like to become a Census Champion, please complete the online form here! To view our current Jefferson Counts Census Champions and Partners, click here.