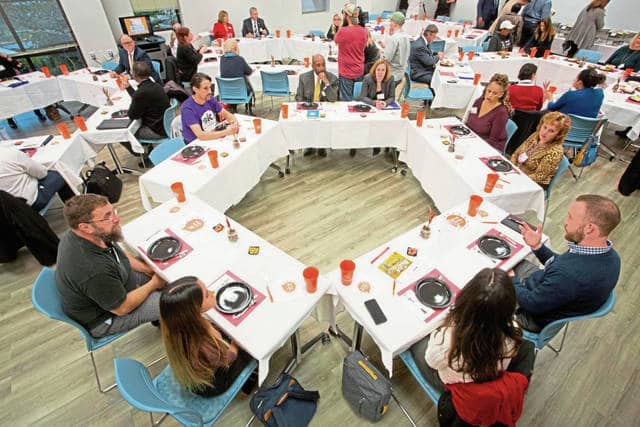 They want support groups formed and to ensure that people have access to help when needed.

On April 17, the Jefferson Regional Foundation released a report detailing the conversations of more than 1,000 people who gathered at 100 tables throughout the area last October during the “Around the Table South” event. Over a meal, they discussed ways to make the community healthier, safer and more dynamic.

“The fact that mental health came out on top and was discussed by every demographic group was somewhat not surprising,” said Mary Phan-Gruber, executive director of the Jefferson Regional Foundation.

That’s a topic she hears about a lot from people across the region.

“The beauty of this is that there’s a real value in people just having a conversation,” Phan-Gruber said.

Organizations across the region, from libraries to school districts to businesses, hosted the table discussions. While many discussed broad topics of interest to residents, some had specific issues they wanted to chat about that ranged from food to flooding. On April 17, about 40 of the hosts gathered at the Whitehall House in Brentwood to review the results.

During the last several months, the results from the event and post-event surveys were analyzed by the University Center for Social and Urban Research at the University of Pittsburgh.

Their findings detailed that people in every demographic across the South Hills talked about concerns with mental health and addiction and, when they talked about the topic, the people at those tables felt more connected with one another, Phan-Gruber said.

Other topics that arose from the discussions were the desire to see more equity and social inclusion in the area. The younger, more highly-educated participants talked about this more frequently, Phan-Gruber said.

Other issues people wanted to see addressed in the area include youth development, health and wellness, education, transportation, economic issues and poverty, along with civic engagement. 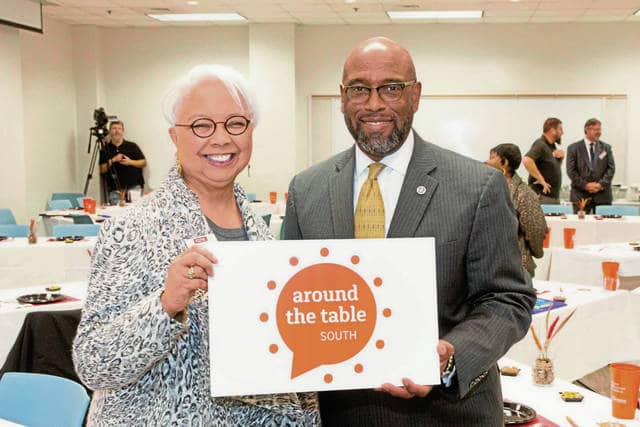 They focused their conversation on workforce and what the college can offer to the community, said Charlene Newkirk, south campus president.

From the conversations, the college is working to expand its outreach to public schools in the area. Hosting the conversations brought area leaders and residents to the campus so they could see first hand what was going on.

That’s the biggest thing that came from this, Newkirk said.

“We’ve exposed people to how lovely our facility is,” she said.

Todd DePastino, executive director of the Veterans Breakfast Club, hosted a table discussion for about a dozen Vietnam veterans. While he typically meets with veterans for his organization, this conversation was different.

“I felt like I was getting to know them as community members,” he said. “It was really stunning to me.”

The veterans talked about what it was like to come home from the war and how that shaped the rest of their lives. They also talked about a desire to see a community center built in the area and for better communication of various topics from public officials.

Many participants have been inspired to take action, like the support group that was started at a local hospital for employees who are caregivers at home or the resident who launched her own social media campaign to focus on self-care.

The Jefferson Regional Foundation has also launched mini-grants, where it’s planning to give between $500 and $3,000, to ideas that emerged from the table discussion.

“We’re really thrilled so many people embraced this,” Phan-Gruber said.

Around the Table South will return for its second year in the fall.