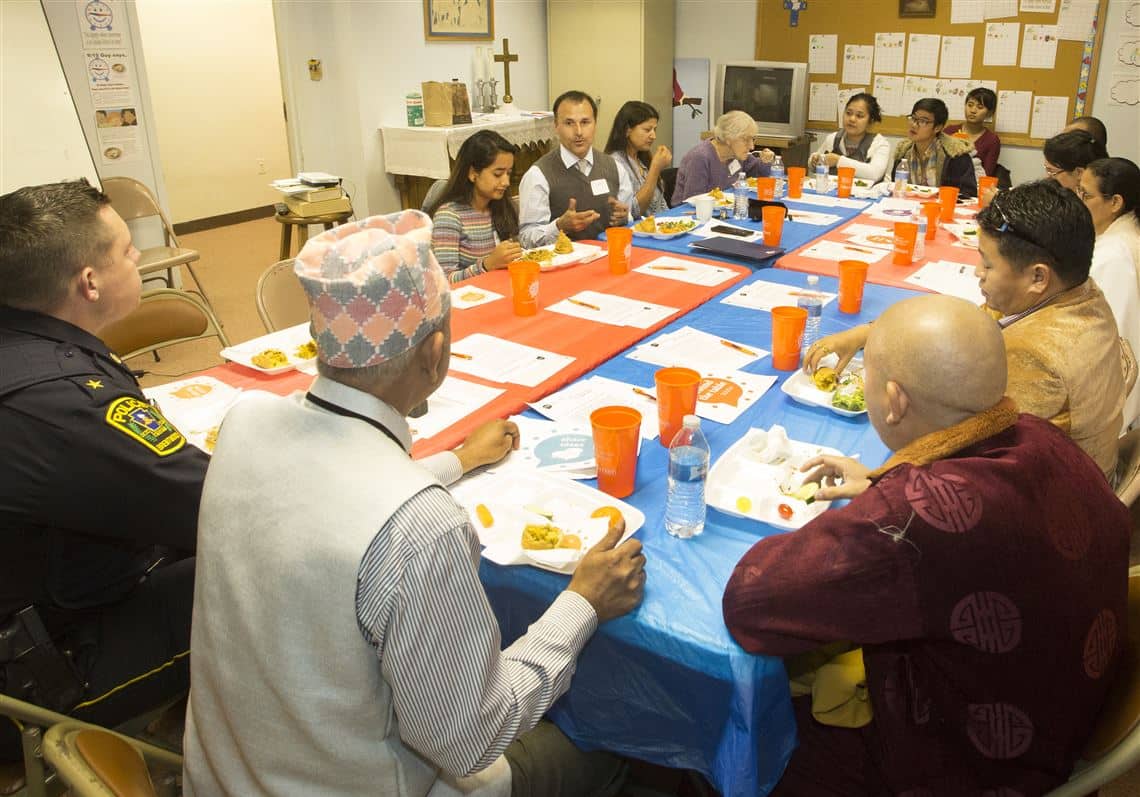 They say that talk is cheap, but Mary Phan-Gruber is trying to turn a bunch of conversations that happened six months ago into some spending — plus more talk.

Ms. Phan-Gruber, executive director of the Jefferson Regional Foundation, is the force behind October’s Around the Table South effort, which brought together people from across the usually-fragmented South Hills for multiple meals and conversation. More than 1,000 people participated, and 746 of them completed post-event surveys.

This week the foundation released the results of those surveys, which revealed that mental health problems, addiction and the effects of poverty were among the biggest problems reported, while some of the highlighted hopes centered on improving economic equity and social inclusion — plus the desire for more communication.

“Some of what we’ve really learned with these community conversations is that the conversations in and of themselves are very important,” Ms. Phan-Gruber said Friday. Some 75% of participants walked away feeling more informed and more connected, she said. “People feel more hopeful and inspired to act.”

Some residents want to act on the challenges discussed and need money to do that. The foundation this week launched a mini-grant program, in which residents and organizations that participated in Around the Table South can apply to get $500 to $3,000 to address community needs.

Applications are welcomed through late May and must be in partnership with a nonprofit organization. Recipients can get not just cash but logistical help, including coaching and crowdfunding advice.

The foundation, which was funded in 2013 as part of the affiliation of Jefferson Hospital with the Allegheny Health Network, serves 29 municipalities along the Route 51 corridor.

South Hills communities haven’t previously had many occasions to come together, noted Floyd Hughes, pastor of Crossroads Community Church, in Jefferson Hills, and a participant in Around the Table South.

“Other than maybe sports, whether it be scholastic sports or the Steelers or Penguins, there wasn’t something that got people together across communities,” he said Friday. “Hey, we all face the same problems.” Talking about them “helps break down the walls between people.”

Tops among the problems noted at the five Around the Table South meals he attended were mental health and addiction, he said.

Of the 10 Allegheny County ZIP Codes that have seen the highest numbers of overdoses in the last decade, four of them — 15132, 15210, 15216 and 15227 — are in the South Hills, according to OverdosefreePA.org, a website run by the University of Pittsburgh School of Pharmacy.

“The interesting conversation was around addiction,” said Rev. Hughes. “There’s a lot of families who said, ‘I have nowhere to turn to for support. I have no one to talk to,’” who will not judge them, he said. The church leaders’ answer: “How about if we open our facilities, for not a religious program, but just so that once a week or once a month, in each community, there’s a place that people can go for support?”

Addiction and mental health are areas in which just talking can be part of the solution.

“The issue of stigma is so strong around mental health and addiction issues,” said Ms. Phan-Gruber. “And the stigma really keeps it a secret, keeps it often hidden, and keeps people from talking about it and engaging in treatment.”

The foundation has tried to address that by investing in mental health first aid training for more than 700 people. It has also worked with Prevention Point Pittsburgh, which operates a needle exchange program and other services, on reducing the harm caused by drug use in the South Hills.

Poverty and diversity were also big topics at the tables, she said. With gentrification in the city pushing people outward, the suburbs have become more diverse, both economically and racially, she noted.

Newcomers may have needs that are harder to meet in the far-flung boroughs and townships than they were in the city, and the foundation, plus a 90-organization collaborative, have put together a 140-page book about resources in the South Hills.

For some Around the Table South participants — especially the younger ones -— demographic change was viewed as a plus.

“We’ve had about 40 percent of the immigrants and refugees who are in Allegheny County living in this area,” said Ms. Phan-Gruber, including some 5,000 members of the Bhutanese community. “We see younger people actually talking about, ‘Hey, we’d like to live in the Baldwin-Whitehall School District because it has become a diverse community.’”

Around the Table South took its cues from a growing national movement toward community conversations. It’s a model also embraced by Leadership Pittsburgh.

Besides the mini-grants, next steps for the South Hills version include sharing the resulting report with legislators and other public officials, in the hope that it’s “an impetus for them to take action, to more fully consider some of these ideas,” as Ms. Phan-Gruber put it. The foundation is also planning another round of conversations, set for October again.

Rev. Hughes said the experience is even having a subtle influence on his Easter sermon. He’ll be “talking about two specific things, one the death of Christ but also sitting down at table together and breaking down the walls and being unified,” an experience that is repeatedly referenced in the Bible. “Food and fellowship.”